View detailed information about the interaction-processing performance of agent groups. 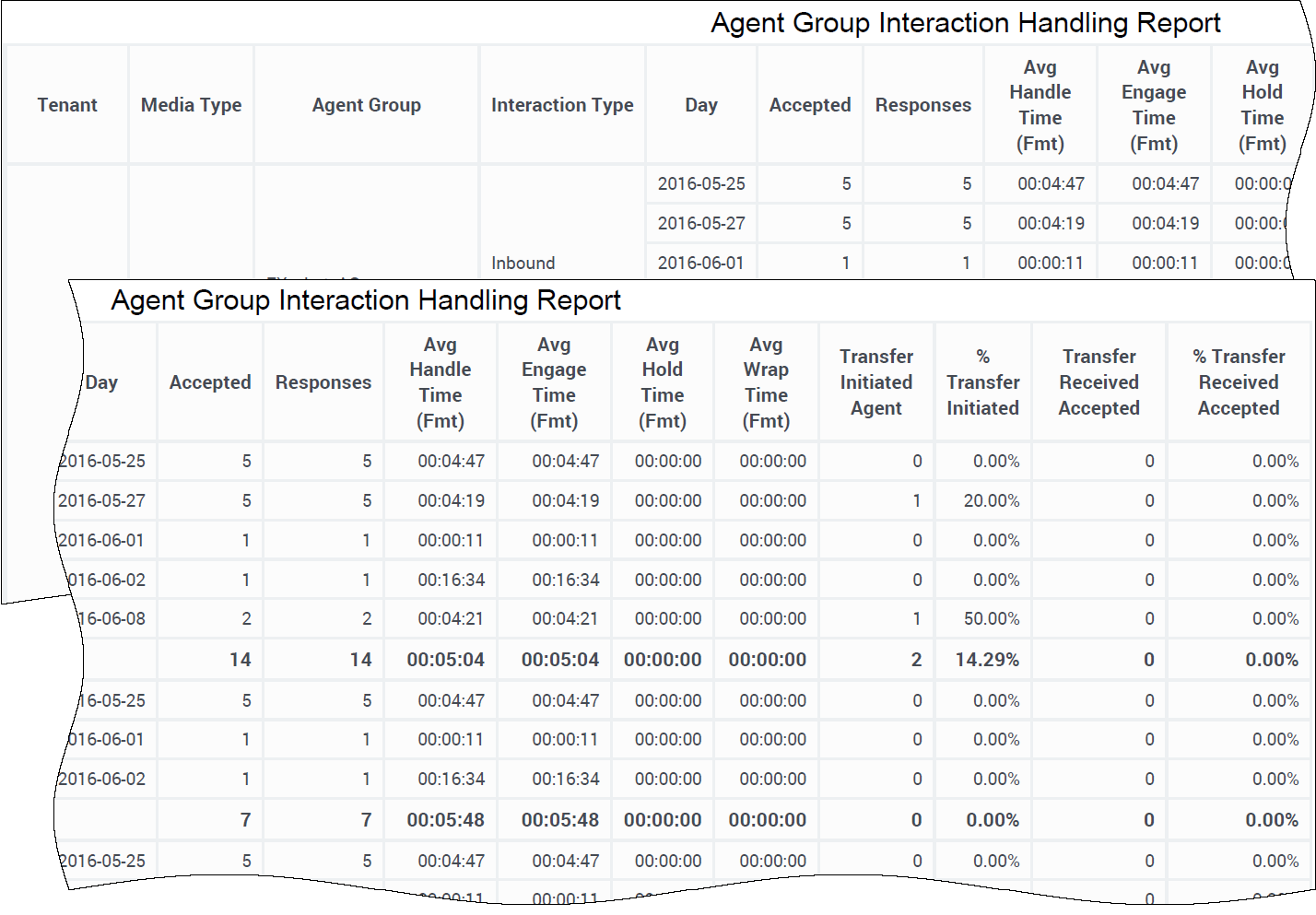 Use this report to monitor the interaction processing performance of groups of agents over specific day ranges. The report displays information about Handle Time, Engage Time, Wrap Time, and various transfer initiation and acceptance metrics.

To get a better idea of what this report looks like, view sample output from the report:
HRCXIAgentGroupInteractionHandlingReport.pdf

Retrieved from "https://all.docs.genesys.com/PEC-REP/Current/RPRT/HRCXIAgentGrpIxnHndlng (2023-02-01 11:49:33)"
Category:
Comments or questions about this documentation? Contact us for support!
Download a PDF