Analyze how agent time is spent during interaction handling. 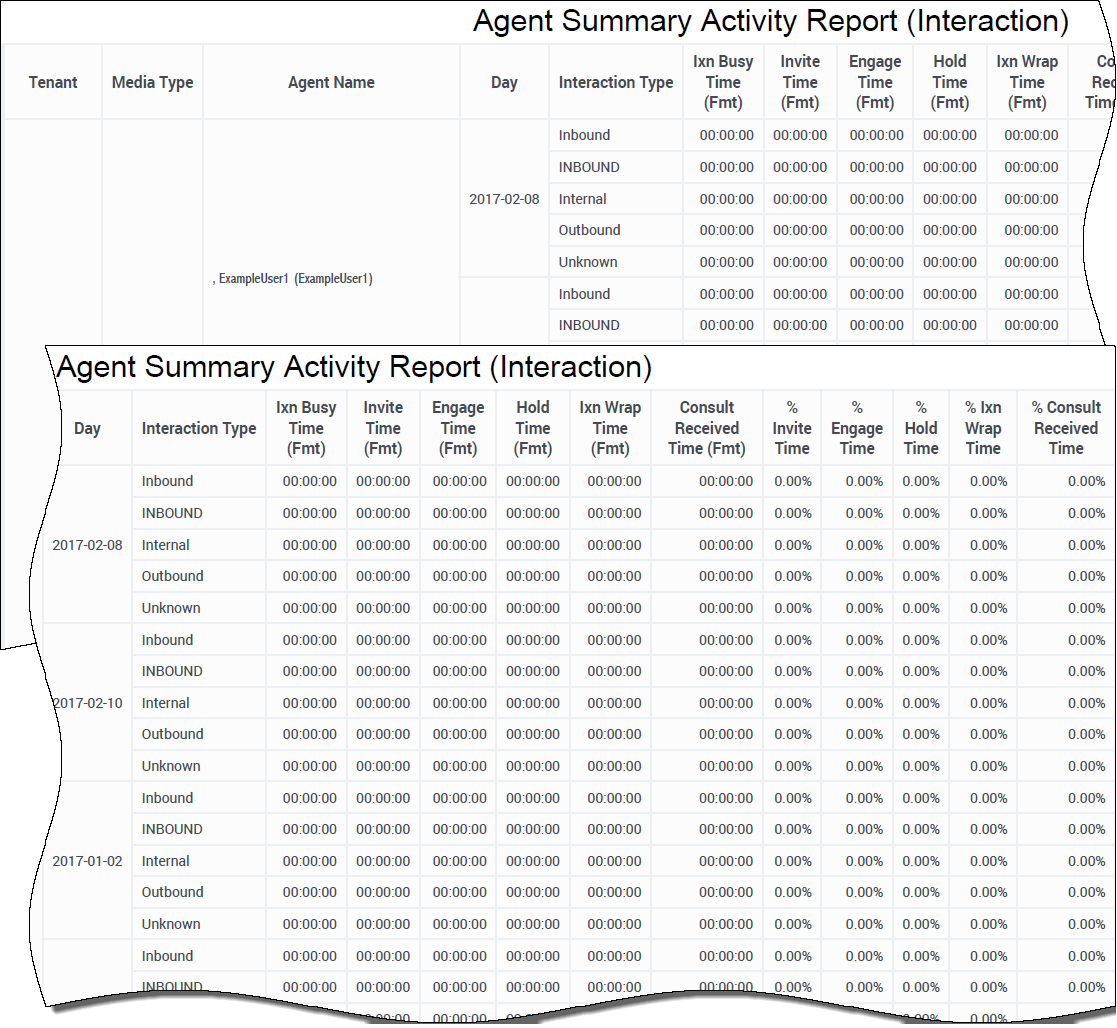 The (Agents folder) Agent Summary Activity Report (Interaction) provides a breakdown of the duration of the different states that an agent can be in (Ready, Not Ready, Busy, and Other) for a specific media type, fully accounting for the agent's interaction time (time spent handling interactions). The report breaks down the agent's time based on how much active time is spent processing interactions, and also shows each value as a percentage of active time.

Retrieved from "https://all.docs.genesys.com/PEC-REP/Current/RPRT/HRCXIAgentSmryActvtyIxn (2023-02-01 13:01:26)"
Category:
Comments or questions about this documentation? Contact us for support!
Download a PDF