From Genesys Documentation
Jump to: navigation, search
This topic is part of the manual Historical Reporting with Genesys CX Insights for version Current of Reporting.

Learn more about how customers interact with post-call surveys.

The (Designer folder) > Survey Statistics Report provides a quick summary of how many surveys were offered, accepted, or not accepted, and displays No Input and No Match errors.

Surveys are offered to customers early in the call in either the Self Service phase, or before routing begins in the Assisted Service phase, and customers can choose to complete the survey either after the self-service portion of the call, or after the interaction with the agent ends. 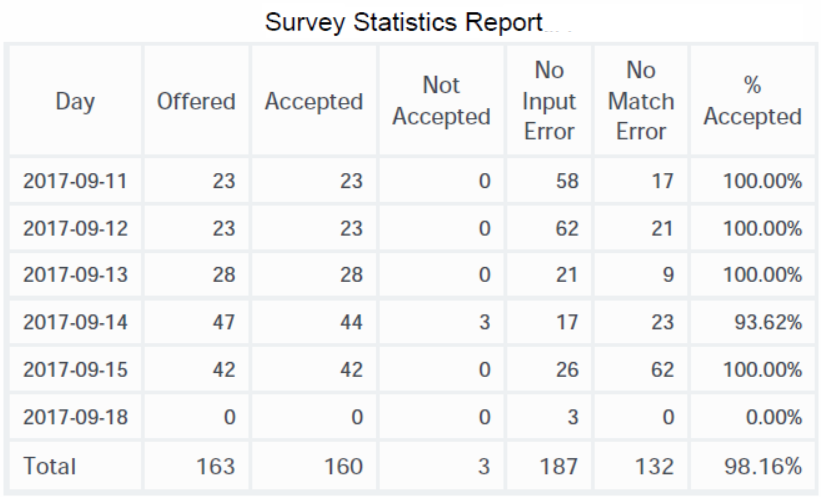 This report displays statistical information about post-call surveys, including how often surveys were offered, accepted, or not accepted (and the relative percentage that were accepted), and No Match and No Input errors.

The following tables explain the prompts you can select when you generate the report, and the metrics and attributes that are represented in the report.

Prompts for the Survey Statistics Report