Examine the efficiency of interaction handling in any given queue group. 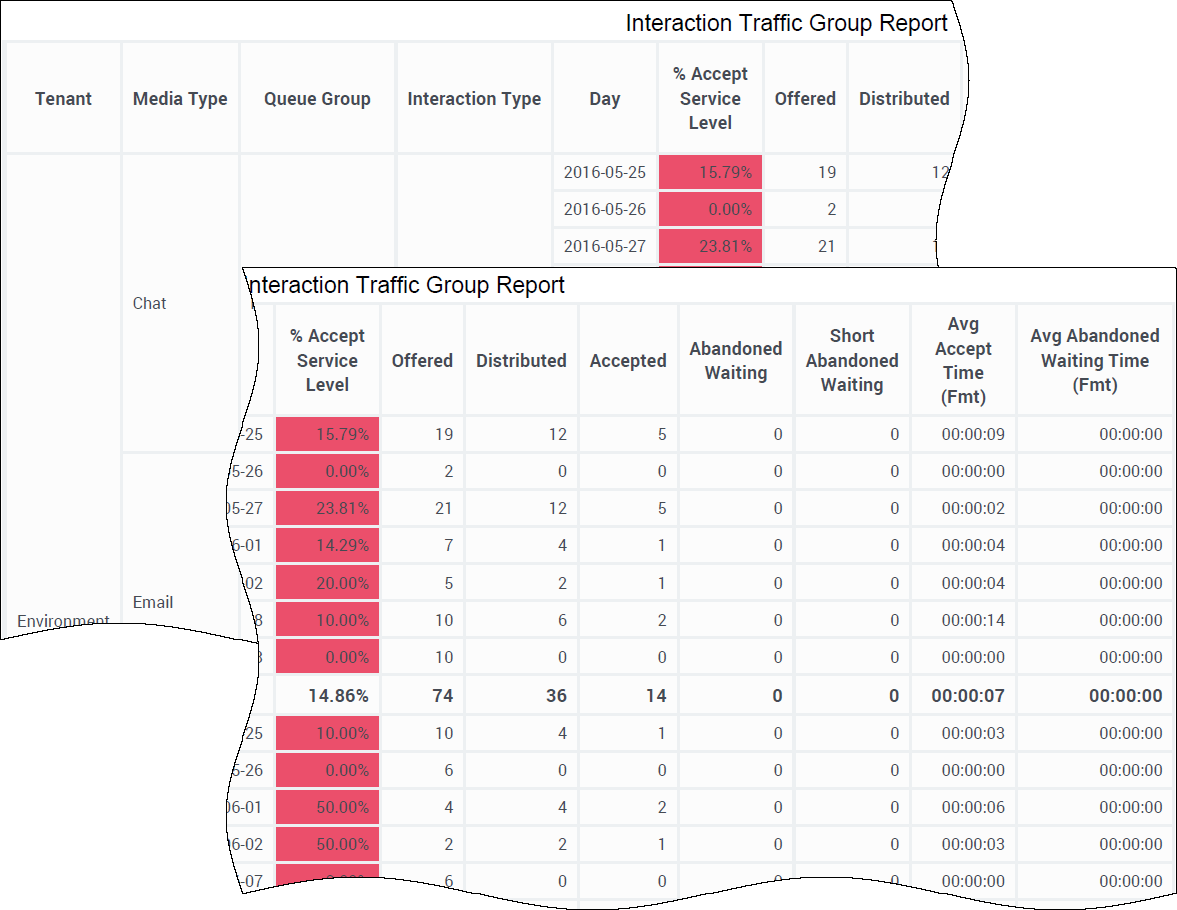 The (Queues folder) Interaction Traffic Group Report summarizes contact center activity as Interactions are offered to, abandoned within, and distributed from queues that belong to one or more queue group(s), including overall percentages of service level, and exceptions to service level. Mediation DN activity is rolled up to all of the groups to which the DN belongs. Counts and durations are attributed to the interval in which the interaction enters the mediation DN.

Use this report to better understand the efficiency of interaction handling in each queue group, at a high level, including summaries of interactions offered, accepted, and abandoned, and the average times to accept or abandon.

The background color of data cells in this report serve to alert you to values that are outside of configured threshold ranges.

Retrieved from "https://all.docs.genesys.com/PEC-REP/Current/RPRT/HRCXIIxnTrfficGrp (2023-02-01 11:45:58)"
Category:
Comments or questions about this documentation? Contact us for support!
Download a PDF