From Genesys Documentation
Jump to: navigation, search
This topic is part of the manual Manage your Contact Center in Agent Setup for version Current of Agent Setup.

Organize your agents into groups so they're easier to manage.

Before you can configure Agent Groups:

You have two options for creating Agent Groups: 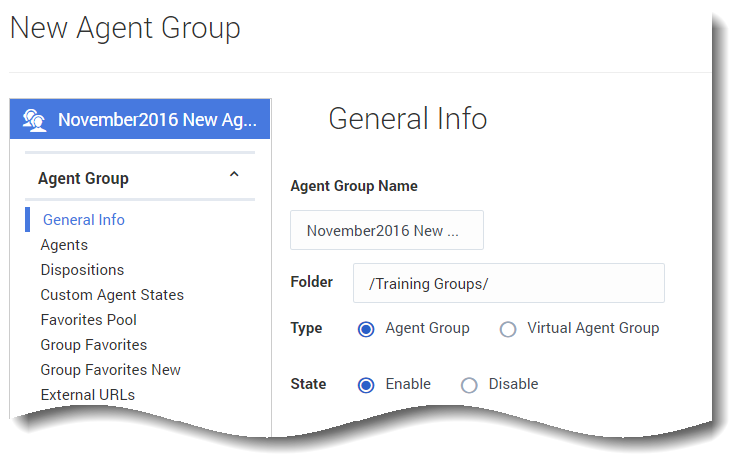 You can put the new Agent Group into a folder. This is useful for organizing your Agent Groups to make them easy to locate in the future. For example, you can place our new group into the Training Groups folder. When you select the Folder option, a drop-down list box is displayed where you can select a folder or click the add folder

icon to create a new folder.

By default the State of a new Agent Group is automatically enabled. By clicking Disable you can disable any Agent Group.

Adding agents to an Agent Group

When you create an Agent Group, you can go to the Agents tab and add agents to the group.

You can create a virtual Agent Group by specifying a script when you add an Agent Group.

As opposed to a regular Agent Group, you can't manually add agents to a virtual Agent Group. Agents are automatically included in the group if the agent is assigned the skill that is specified in the script.

After you add the script, you will see a link in the Script column on the Agent Groups page. The script identifies the common skills shared by all agents that belong to the group. You can edit the script by double-clicking the script text and then updating the script in the dialog box that is displayed. 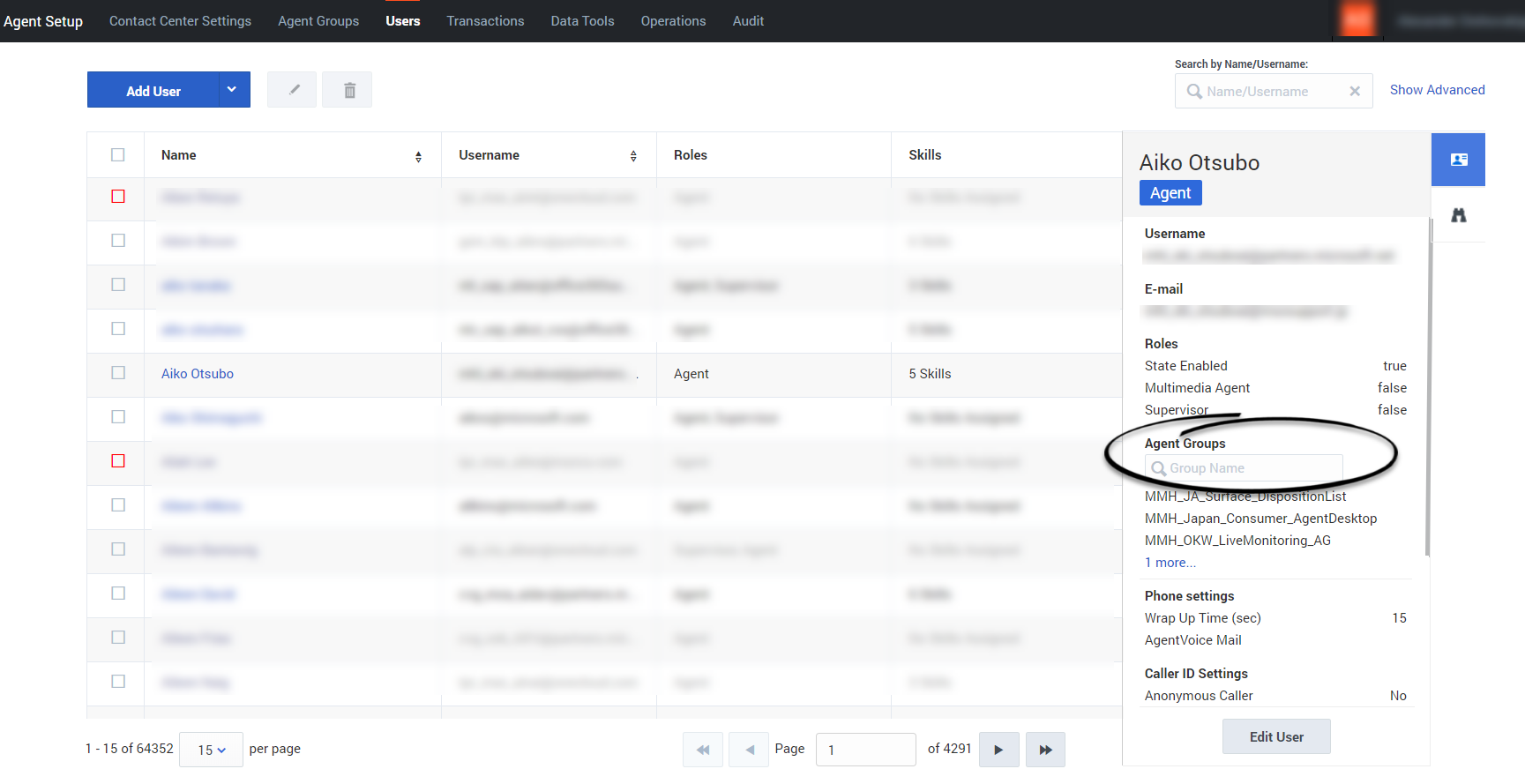 To view which agent groups an agent belongs to, from the Users tab, click either the agent's Username, Roles, or Skills. From the sidebar which opens on the right of the screen, scroll to the Agent Groups section. Here you can either expand the list to view all the agent's groups, or you can use the search field to search for a specific group name.

To remove an agent from an Agent Group, from the Users tab, click the agent's Name. From the left-hand navigation menu, click User > Agent Groups. From here you can check the checkbox next to each Agent Group you wish to remove from the agent's list, then click Remove.

Note: Clicking Remove only removes the user from that Agent Group, it does not delete the Agent Group.

Configuring the desktop for an Agent Group 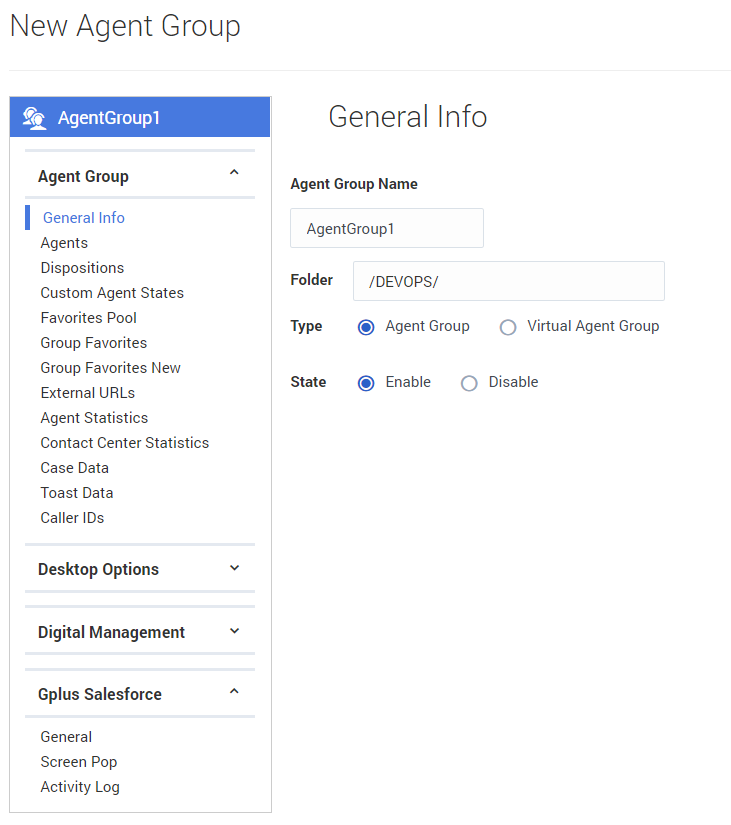 After you populate your Agent Group with agents, you can assign objects to the group. Under each of the following tabs, make your selections:

After you have configured Agent Groups, you can proceed to configure: