Review and manage your shift trade proposals and responses.

Use the Trading views (Proposals and My Trades) to review proposals and responses by performing the tasks described in this topic. Use the Schedule views to create trade proposals.

Use the Proposals view to:

To find out how to navigate the Proposals view and see descriptions of its controls and columns, see Viewing proposals.

About the Proposals table

The table shows all proposals whose first day falls within the selected month, and whose status is Open (they have not expired, are not in review, and have not been accepted, confirmed, declined, or cancelled). The table is sorted by the first date of each proposal.

The proposing agent's name is in the first row of the proposal:

To learn how to expand the table to see additional rows, see Finding details in the grid.

Accepting or declining a proposal 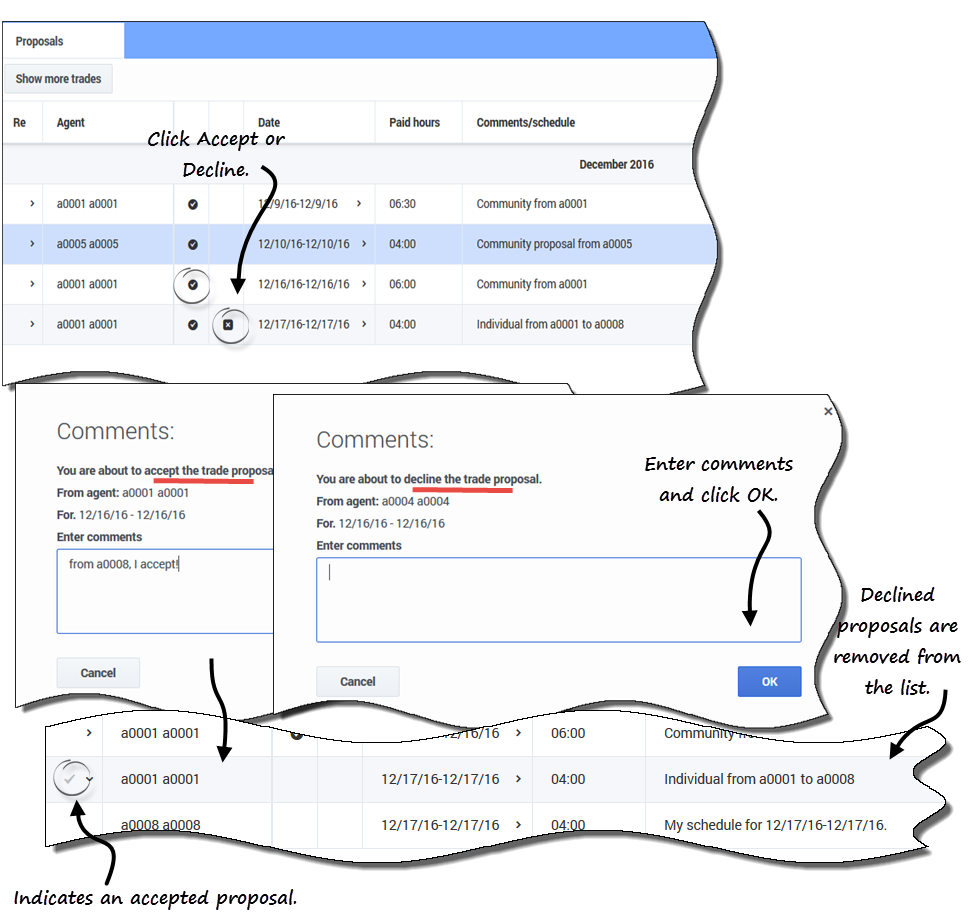 To accept or decline a proposal in the Proposals view:

The following videos show how to review and accept incoming personal and community trade proposals.

Use the My Trades view to:

The window includes standard date selectors and a table of proposals and responses, whose general controls are described in Viewing my trades.

About the Trades table

The table shows all of your trades and responses to proposals whose first date is within the selected month. It is sorted by the first date of each trade.

For each trade, the Agent name column shows the agent who posted each original proposal: 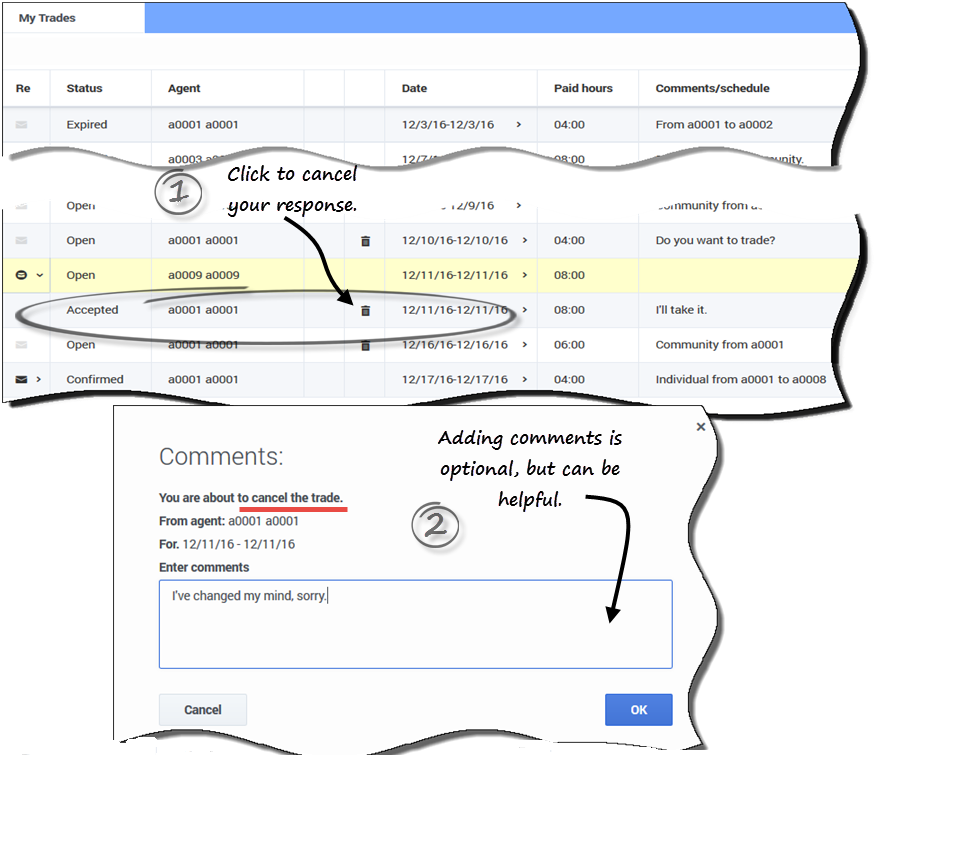 To cancel a pending response in the My Trades view:

The Status column in the My Trades view shows the current status of each trade proposal or response. Each proposal and response status determines the actions that you can take in the Actions column:

The statuses described in this table do not require any action on your part, but you will see them when you are reviewing proposals and trades.

Retrieved from "https://all.docs.genesys.com/PEC-WFM/Current/Agent/MngPrpRsp (2023-01-27 01:16:21)"
Category:
Comments or questions about this documentation? Contact us for support!
Download a PDF