Customize this view to display the proposals you want to see and easily find detailed information about trading agents, proposals, and schedules.

WFM enables you to filter trade proposals in the Trades view by My Trades, Offered to me, or Community proposals. WFM displays all proposals whose date range falls within the selected month. By default, it shows the current month, but you can change it by selecting a different month in the calendar.

Managing trade proposals sent by you

Click the filter drop-down menu and select My Trades. WFM displays the trade proposals that you created, and proposals from other agents that you answered (offered only to you and offered to the community).

The Status column in this view shows the state of each trade for each participant—the Proposer and the Responder—in this format: Open / Accepted.

Click the anywhere in a selected row to open the Proposal Details.

Managing trade proposals offered to you

Click the filter drop-down menu and select Offered to me.

You can view these proposals and their details, accept or decline them.

After you accept or decline a proposal, this trade is removed from the Offered to me proposals but remains in the My Trades list of proposals.
Tip
You can distinguish between community and individual proposals by the action icons available to you. Community proposals only have the Accept icon, whereas individual proposals have both Accept and Decline.

Click the filter drop-down menu and select Community. WFM displays only the trade proposal that were sent by other agents to the community.

You can view these proposals and their details, and accept them.

After you accept a proposal, this trade is removed from the Community proposals, but remains in the My Trades list of proposals.

You might want to view the details for schedule trade proposal before taking any action. To do so, click anywhere in the row containing the proposal. 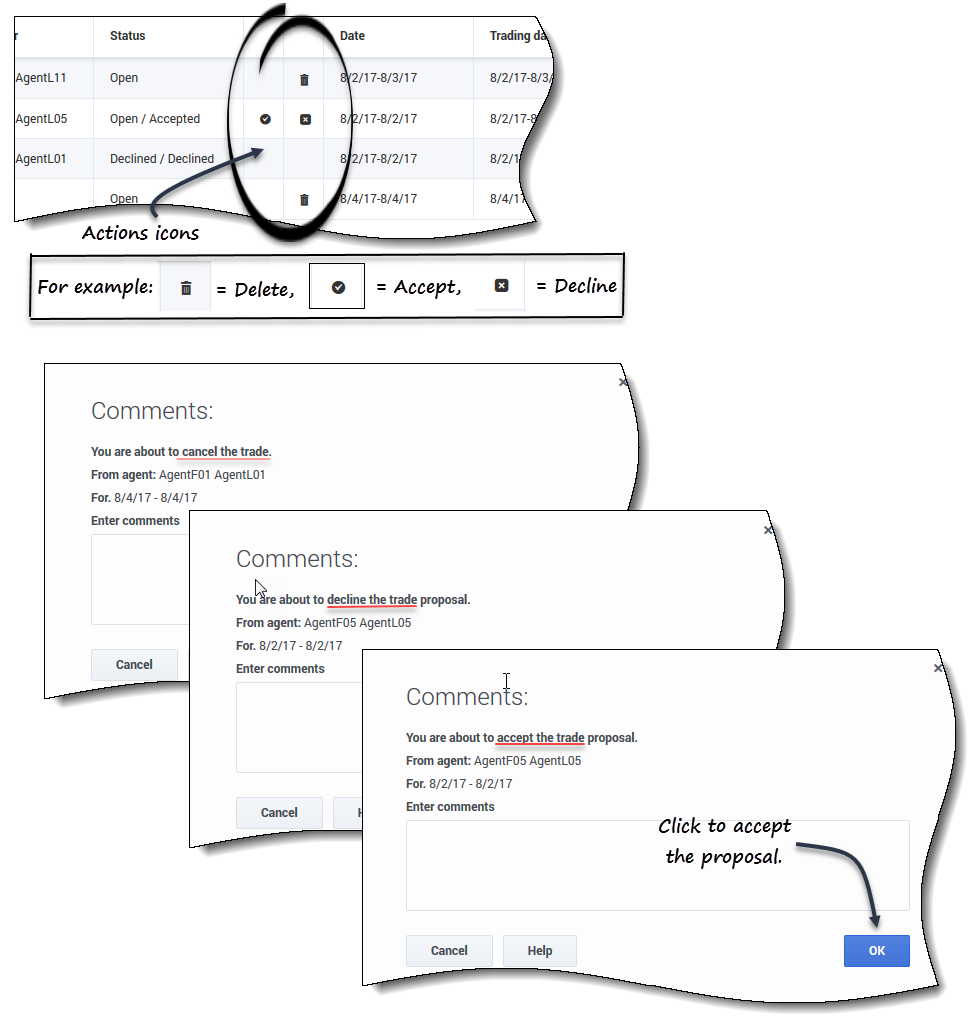 You can respond to trade proposals in one of two ways:

Retrieved from "https://all.docs.genesys.com/PEC-WFM/Current/Agent/MSTrdsVw (2023-01-27 01:39:30)"
Category:
Comments or questions about this documentation? Contact us for support!
Download a PDF