From Genesys Documentation
Jump to: navigation, search
This topic is part of the manual PureConnect Use Cases for version Current of Genesys Use Cases.
https://all.docs.genesys.com/images-supersite/d/dc/CE19_-_genesys_social_media_routing_-_header_%282%29.png
Engage with your customers through social channels

As the volume of social network interactions continues to escalate, it’s clear that simply throwing more people onto Twitter and Facebook is not a sustainable solution — there needs to be a new evolution to a scalable model for managing social engagement.

The following benefits are based on benchmark information captured from Genesys customers and may vary based on industry, lines of business or Genesys product line:

*You can sort all use cases according to their stated benefits here: Sort by benefits

Consistently provide customer service across Twitter and Facebook by delivering interactions to the best available resource with social media public and private messaging. Agents are able to advice customers based on customer information and social media context. Standard responses enable your agents to provide consistent response to customers engaging via Facebook or Twitter.

The following flows describe the use case from the perspective of the main actors, i.e., social media user and contact center agent.

The first flow shows how a social media message is handled:

This chapter describes the business logic and business rules, which drive the decisions made by PureConnect social media features within the business flow above.

PureConnect captures this message according to the predefined Twitter channel configuration and routes it to the next available agent in the configured workgroup.

The incoming Twitter interaction is routed to the next available agent in Interaction Connect. 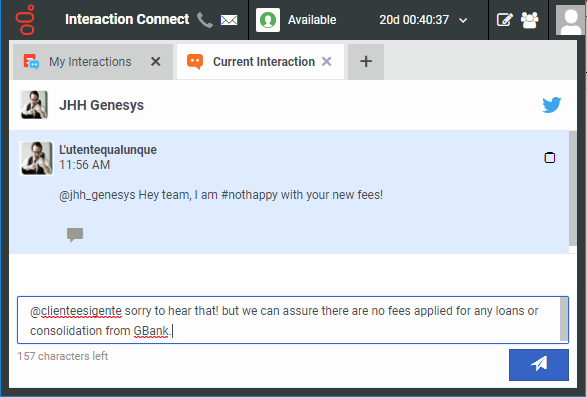 If the agent responds, PureConnect sends the response back to the social media user as a Twitter reply. 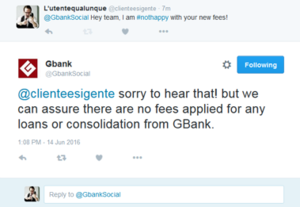 In this scenario, a social media user sends a Twitter direct message to a company's Twitter handle. This is only possible when one of the following conditions is satisfied:

Customer sends a Twitter direct message to the company: 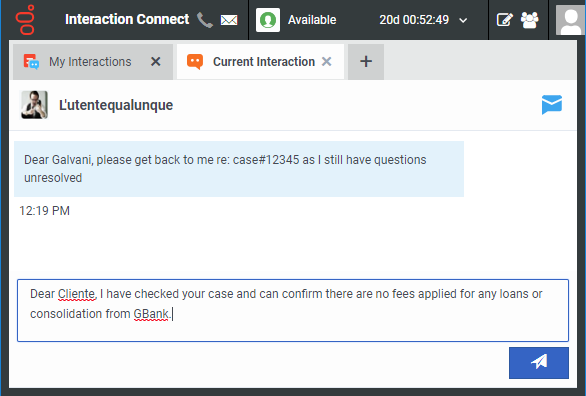 PureConnect captures this Facebook post or reply according to the predefined Facebook Channel configuration, and routes it to the next available agent in the configured workgroup.

The incoming Facebook interaction is routed to the next available agent within Interaction Connect. 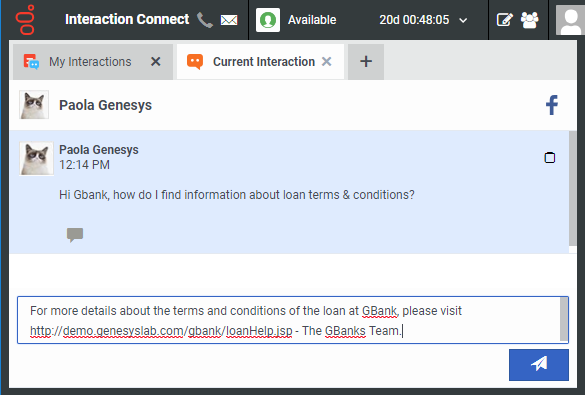 If the agent responds, PureConnect sends the response back to the social media user as a Facebook reply. 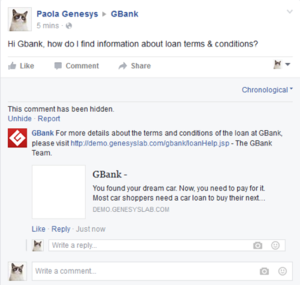 A Facebook Messenger interaction can only be initiated by the social media user, and not directly by the agent.

The customer needs to invite the company to a chat session via the “Message” button on the main Facebook page.

PureConnect receives the Messenger message and routes that interaction to the next available agent in the workgroup configured for that Facebook page. 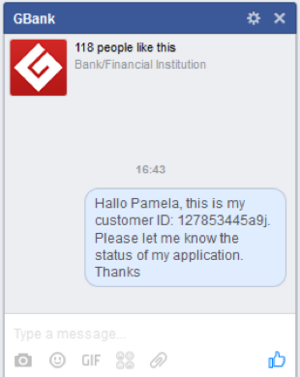 The agent is then assigned the Facebook Messenger interaction. 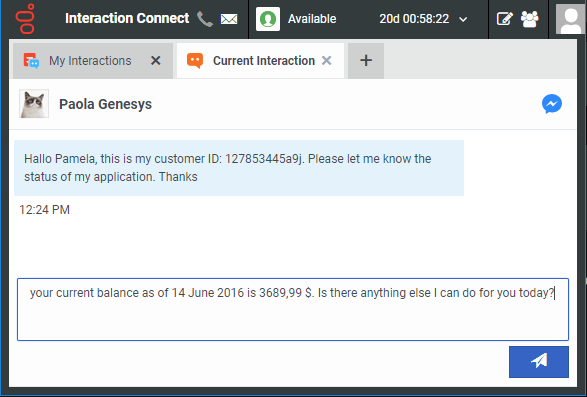 The agent picks up the Facebook Messenger interaction and begins a chat conversation with the customer. 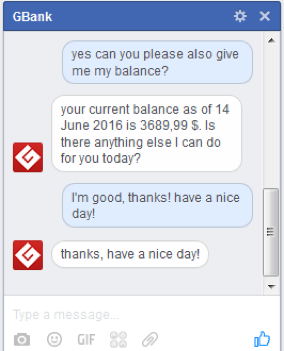 PureConnect sends the agent's replies back to the social media user in Facebook Messenger. 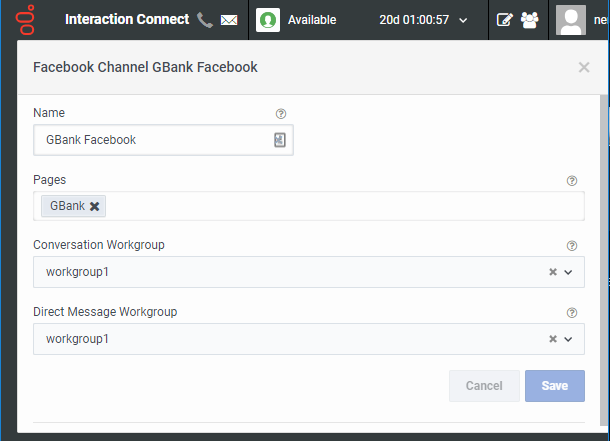 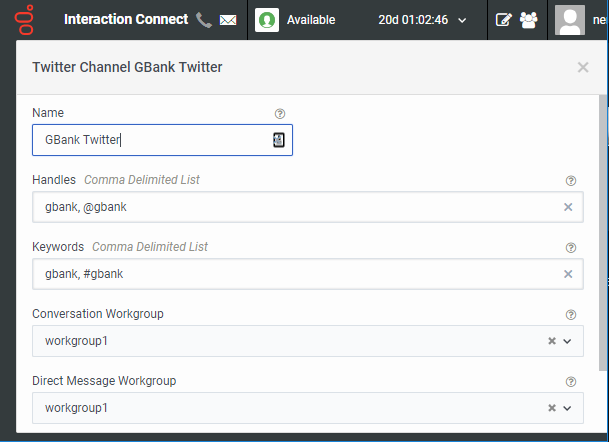 The following lists the minimum requirements for PureConnect Social Media:

All required, alternate, and optional use cases are listed here, as well as any exceptions.